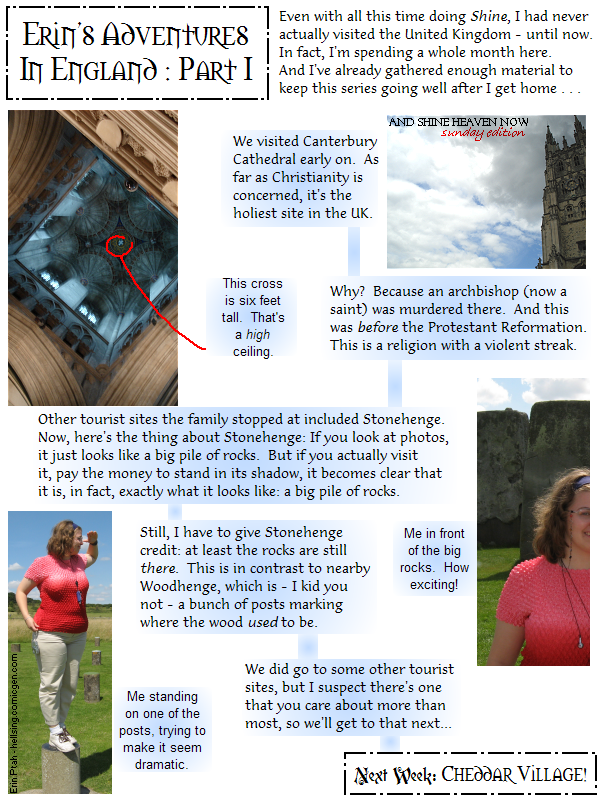 Even with all this time doing Shine, I had never actually visited the United Kingdom — until now. In fact, I’m spending a whole month here. And I’ve already gathered enough material to keep this series going well after I get home…

We visited Canterbury Cathedral early on. As far as Christianity is concerned, it’s the holiest site in the UK. Why? Because an archbishop (now a saint) was murdered there. And this was before the Protestant Reformation. This is a religion with a violent streak.

[This cross is six feet tall. That’s a high ceiling.]

[Me in front of the big rocks. How exciting!]

Still, I have to give Stonehenge credit: at least the rocks are still there. This is in contrast to nearby Woodhenge, which is — I kid you not — a bunch of posts marking where the wood used to be.

[Me standing on one of the posts, trying to make it seem more dramatic.]

We did go to some other tourist sites, but I suspect there’s one that you care about more than most, so we’ll get to that next…