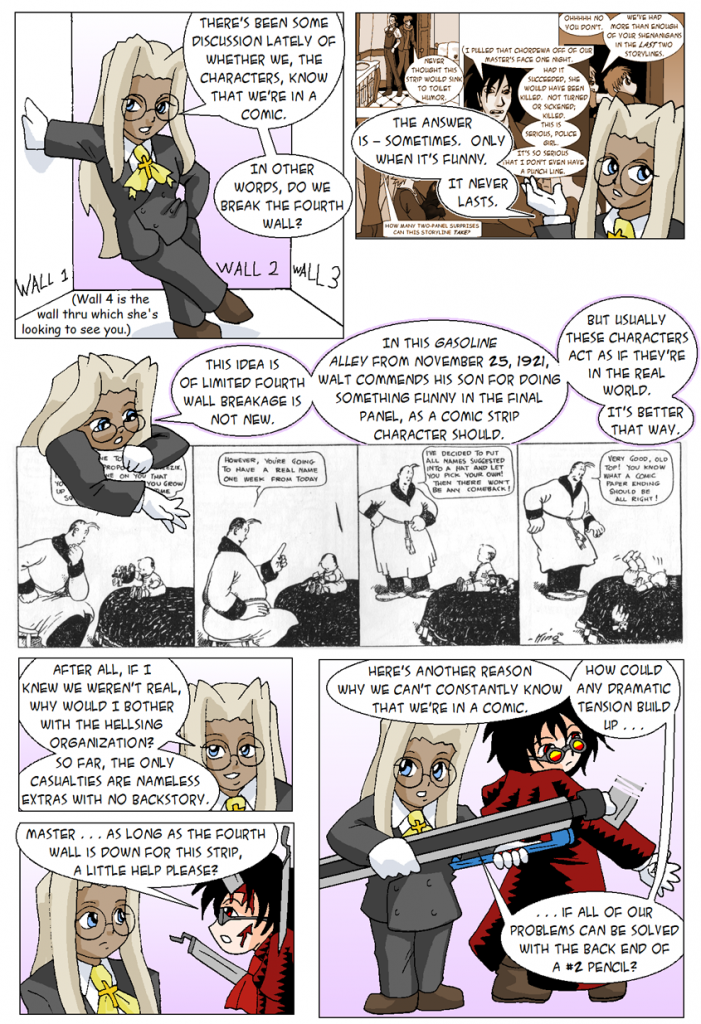 Integra: There’s been some discussion lately of whether we, the characters, know that we’re in a comic. In other words, do we break the fourth wall?

[Wall 4 is the wall thru which she’s looking to see you.]

The answer is — sometimes. Only when it’s funny. It never lasts.

This idea of limited fourth wall breakage is not new. In this Gasoline Alley from November 25, 1921, Walt commends his son for doing something funny in the final panel, as a comic strip character should. But usually these characters act as if they’re in the real world. It’s better that way.

After all, if I knew we weren’t real, why would I bother with the Hellsing Organization? So far, the only casualties are nameless extras with no backstory.

Alucard: Master…as long as the fourth wall is down for this strip, a little help please?

Integra: Here’s another reason why we can’t constantly know that we’re in a comic. How could any dramatic tension build up…if all of our problems can be solved with the back end of a #2 pencil?