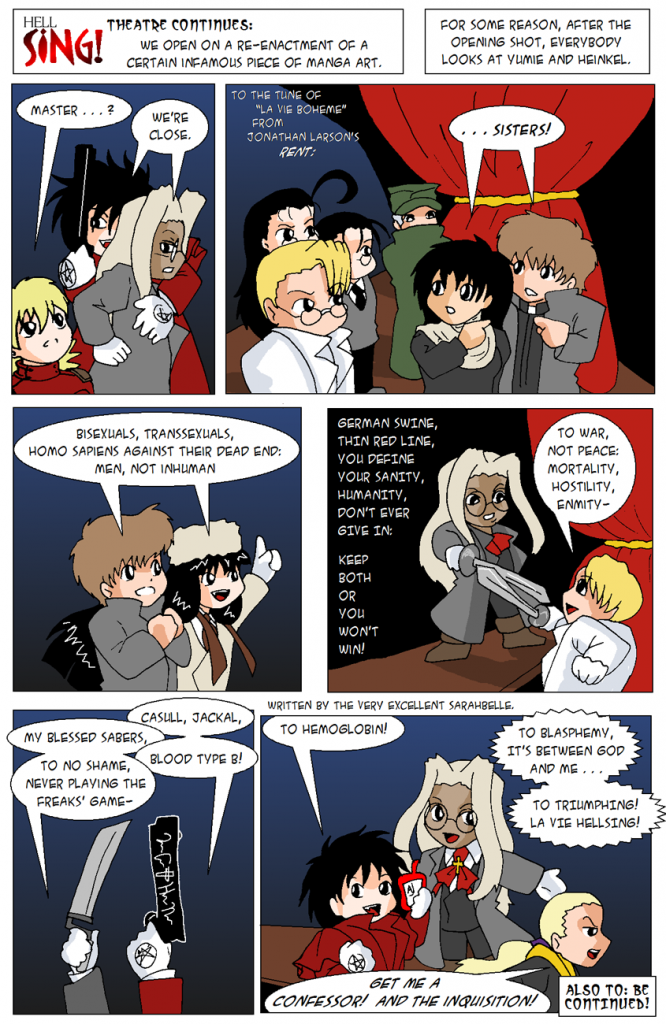 More of SarahBelle’s parody, with a bit more art and a bit less lyric.

HellSING! Theatre Continues: We open on a re-enactment of a certain infamous piece of manga art. For some reason, after the opening shot, everyone looks at Yumie and Heinkel.

[Integra]
German swine, thin red line, you define
Your sanity, humanity, don’t ever give in:
Keep both or you won’t win!

Alex: To no shame – never playing the freaks’ game:

[Integra]
To blasphemy
It’s between God and me;
To triumphing!
La Vie Hellsing!

Maxwell: GET ME A CONFESSOR! AND THE INQUISITION!

[Also to: be continued!]