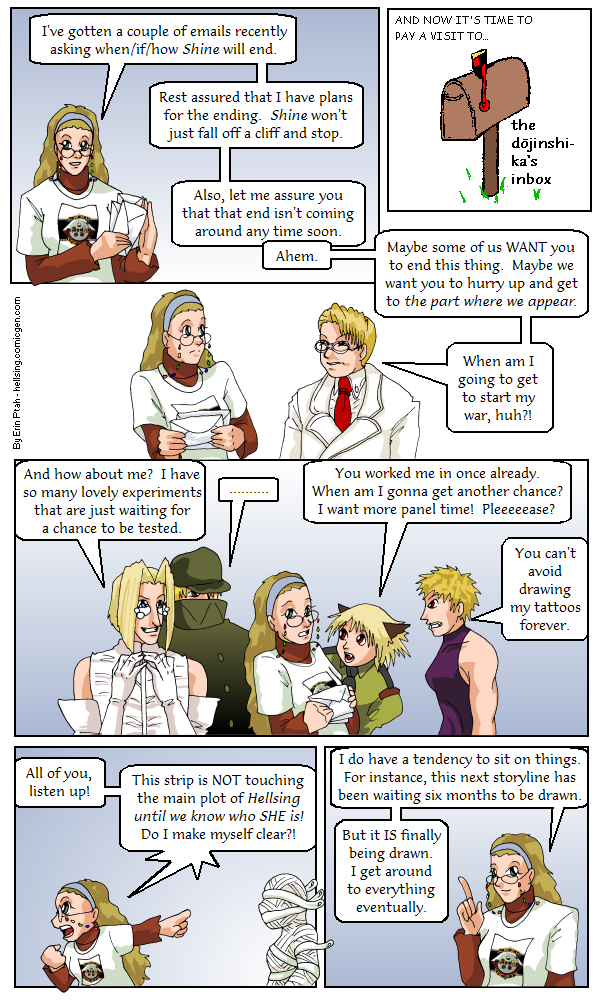 Erin: I’ve gotten a couple of emails recently asking when/if/how Shine will end. Rest assured that I have plans for the ending. Shine won’t just fall off a cliff and stop. Also, let me assure you that the end isn’t coming around any time soon.

Maybe some of us WANT you to end this thing. Maybe we want you to hurry up and get to the part where we appear. When am I going to get to start my war, huh?!

Doc: And how about me? I have so many lovely experiments that are just waiting for a chance to be tested.

Schrödinger: You worked me in once already. When am I gonna get another chance? I want more panel time! Pleeeeease?

Zorin: You can’t avoid drawing my tattoos for ever.

Erin: All of you, listen up! This strip is NOT touching the main plot of Hellsing until we know who SHE is! Do I make myself clear?!

I do have a tendency to sit on things. For instance, this next storyline has been waiting six months to be drawn. But it IS finally being drawn. I get around to anything eventually.