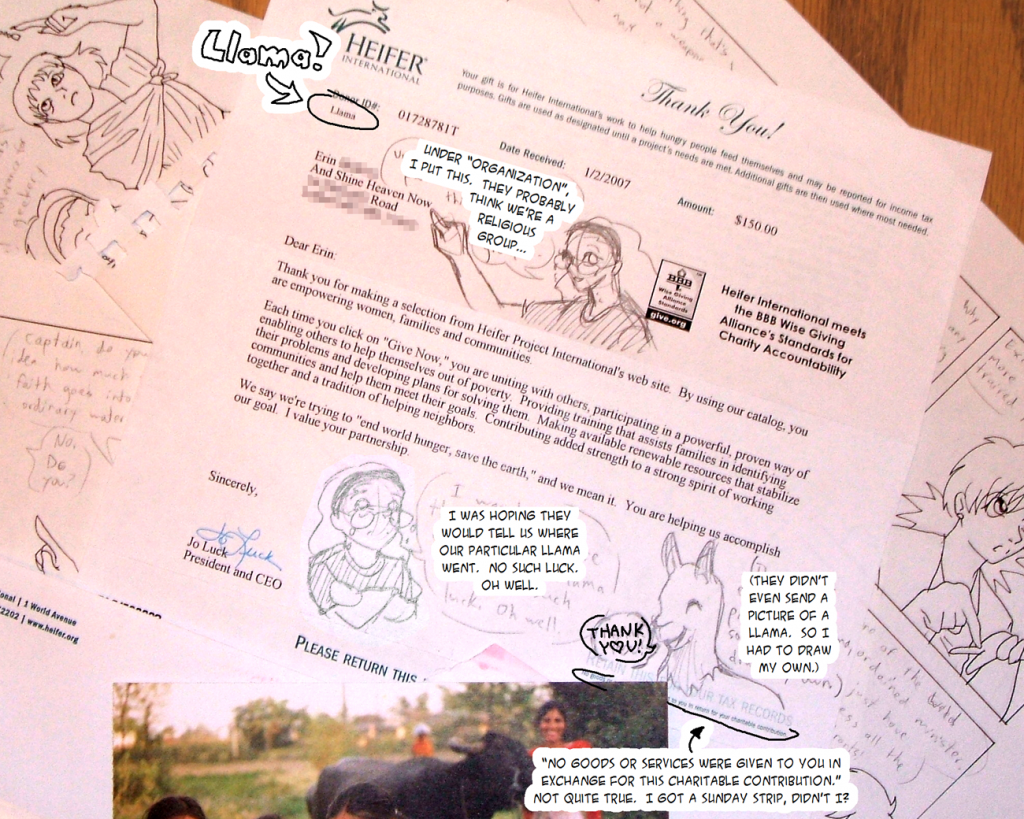 Yes, we did it. We got a llama. The few dollars left over will be given to the Wikimedia Foundation, because without its projects (mainly Wikipedia), Shine would be a far poorer comic.

A huge thanks to everyone who donated! (For those who didn’t, and wish they had – I’ll do this again some time, never fear.

Under “Organization”, I put this. They probably think we’re a religious group.

I was hoping they would tell us where our particular llama went. No such luck. Oh well.

(They didn’t even send a picture of a llama. So I had to draw my own.)

“No goods or services were given to you in exchange for this charitable contribution.” Not quite true. I got a Sunday strip, didn’t I?