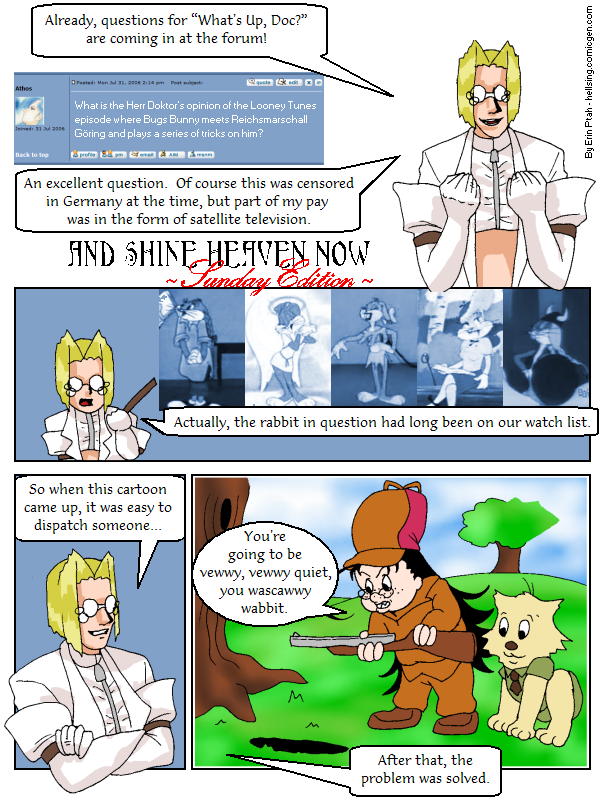 Although the Nazis focused most of their oppression and murder on Jewish people, the Holocaust also included groups such as Jehovah’s Witnesses (marked with purple triangles), Roma (marked, along with others, with black triangles), and homosexuals (women got black triangles, and men pink triangles — thus the use of the pink triangle as a reclaimed gay pride symbol today). Bugs would probably have been looked at askance under that last category.

Doc: Already, questions for “What’s Up, Doc?” are coming in at the forum!

Forum: What is the Herr Doktor’s opinion of the Looney Tunes episode where Bugs Bunny meets Reichsmarschall Göring and plays a series of tricks on him?

Doc: An excellent question. Of course this was censored in Germany at the time, but part of my pay was in the form of satellite television.

Actually, the rabbit in question had long been on our watch list.

So when this cartoon came up, it was easy to dispatch someone…

Doc: After that, the problem was solved.