Pip: But it could happen, boss…I’ve seen weirder things on the battlefield.

Integra: Considering how likely it is, you’ve “prepared” her quite enough. Now you need to focus on your actual duties.

How do you expect me to concentrate when my vision is blocked by miniature replicas of the Pyrenees?

Pip: Boss, you gotta understand — I don’t harass Seras! I just…”prepare” her for certain situations.

Integra: I highly doubt that Officer Victoria will be sexually harassed in the field…

…by someone whom she cannot just shoot in response.

Pip: Well, when you put it that way.

Much of the dialog in the following scene comes from an AIM conversation with the appropriately usernamed Pip Bernadette.

Note from The Future: I have so much retroactive *facepalm* at most of this storyline. And not just the lines I didn’t write, either. Pip gets better later, honest.

Pip: Hey, boss! So how do I look in the uniform?

Integra: …Official. Captain, I called you here because a complaint against you has been raised which needs to be addressed.

I’m sure you can guess why.

Integra: It was raised by senior officer Seras Victoria. 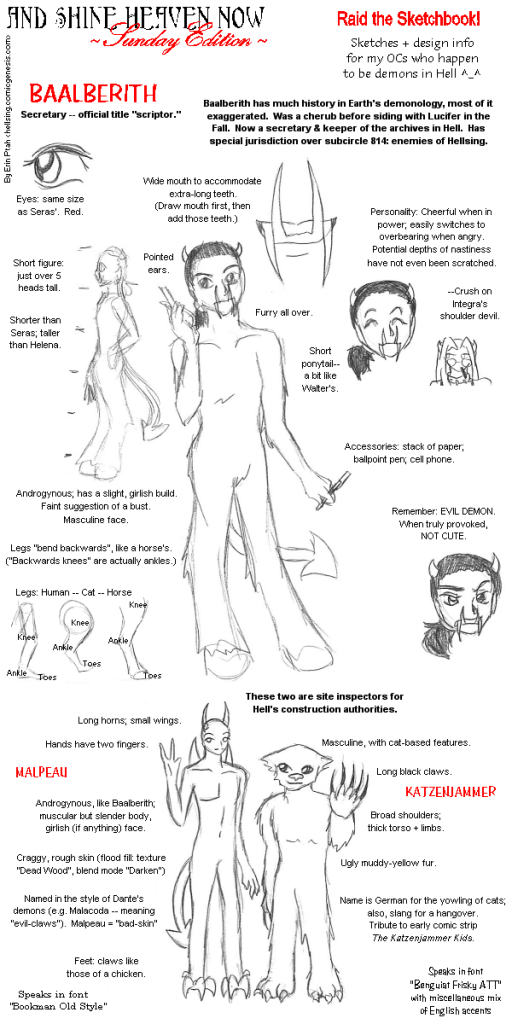 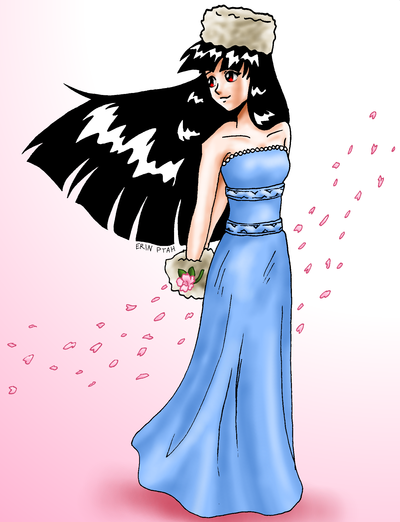 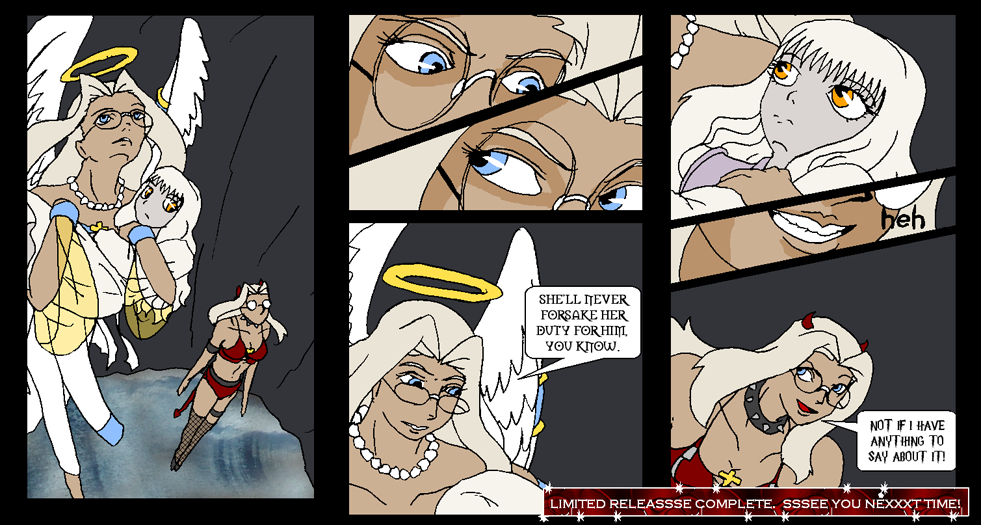 Angel: She’ll never forsake her duty for him, you know.

Devil: Not if I have anything to say about it!

Angel: Helena, my purpose in coming here was to get you out as well.

Angel: Not a problem for a servant of God. Shall we?

Helena: In that case…it would be my pleasure.

They’ll need us all on duty to get the furnaces running again.

Helena: This ties up all the loose ends very nicely…

Angel: Deus ex machinas have a way of doing that.

Devil: My counterpart shoulder angel…nice to see you too.

Angel: Getting rid of fangirls is easy with God’s power. Simply pull them off…

…and deposit them in the portal leading back to their world of origin. 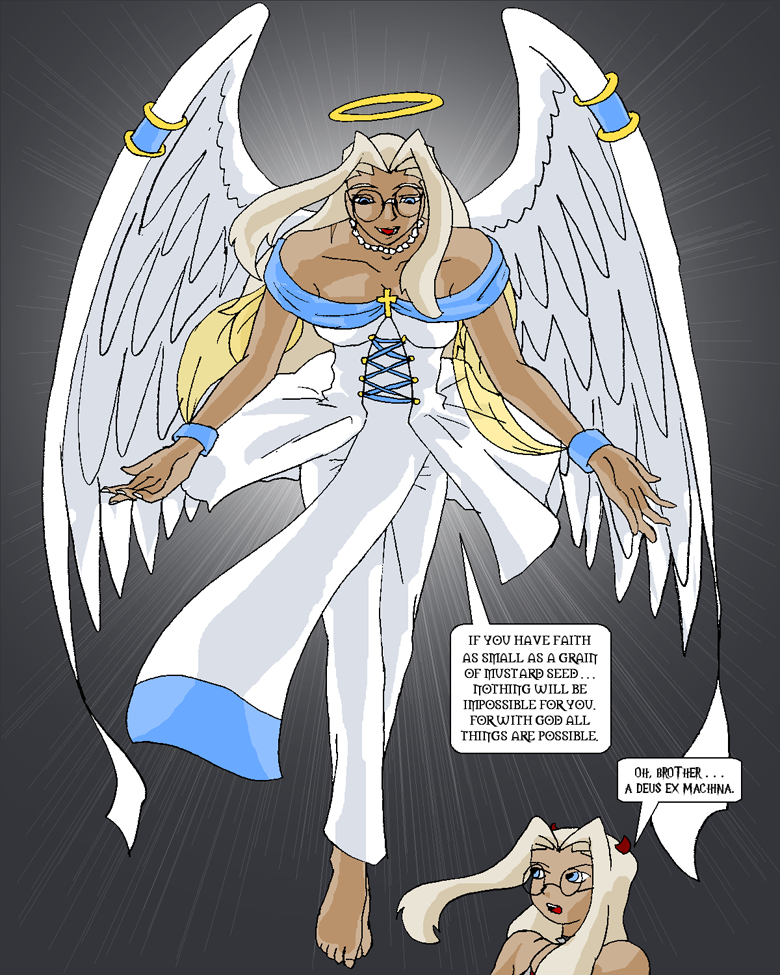 Shoulder angel: If you have faith as small as a grain of mustard seed…nothing will be impossible for you, for with God all things are possible.

Laura: What do we do with these last three fans?

Sett: We’ve had no sssucccesss in delighting them, and I can think of no sssurprissse more ssshocking than the one we just had.

Laura: Well, can you?

Voice: There is one other way.