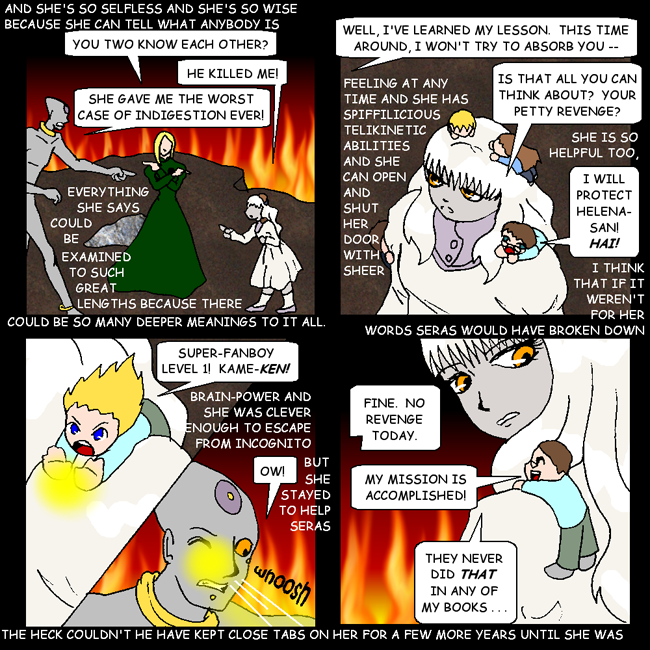 I love it when fangirls and fanboys write up their own strip ideas.

Fan 1: and she’s so selfless and she’s so wise because she can tell what anybody is feeling at any time and she has spiffilicious telekinetic abilities and she can open and shut her door with sheer brain-power and she was clever enough to escape from Incognito but she stayed to warn Seras

Laura: You two know each other?

Helena: He killed me!

Incognito: She gave me the worst case of indigestion ever!

Fan 2: everything she says could be examined to such great lengths because there could be so many deeper meanings to it all. She is so helpful to, I think that if it weren’t for her words there is a good chance Seras would have broken down

Incognito: Well, I’ve learned my lesson. This time around, I won’t try to absorb you–

Helena: Is that all you can think about? Your petty revenge?

Fanboy: I will protect Helena-san! HAI!

Fanboy: My mission is accomplished!

Helena: They never did that in any of the books…

Fan 3: he heck couldn’t he have kept close tabs on her for a few more years until she was