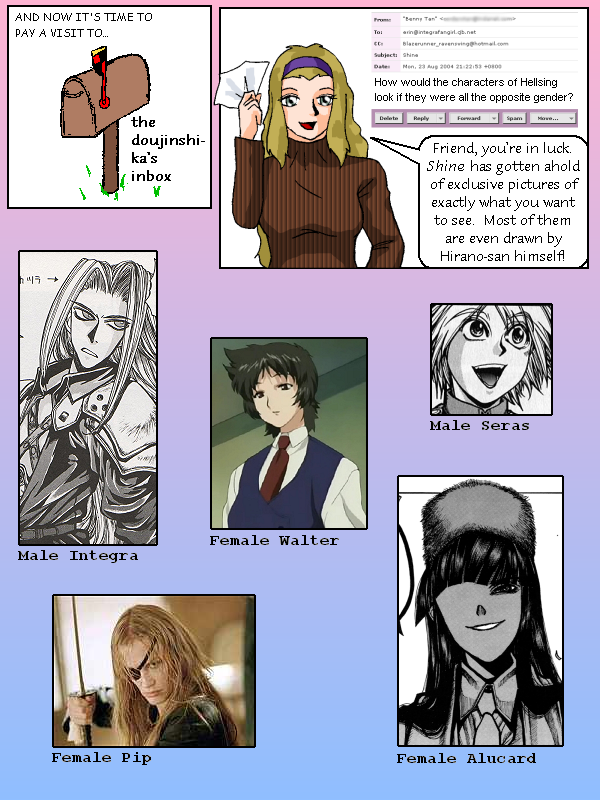 Email: How would the characters of Hellsing look if they were all the opposite gender?

Erin: Friend, you’re in luck. Shine has gotten ahold of exclusive pictures of exactly what you want to see. Most of them are even drawn by Hirano-san himself!