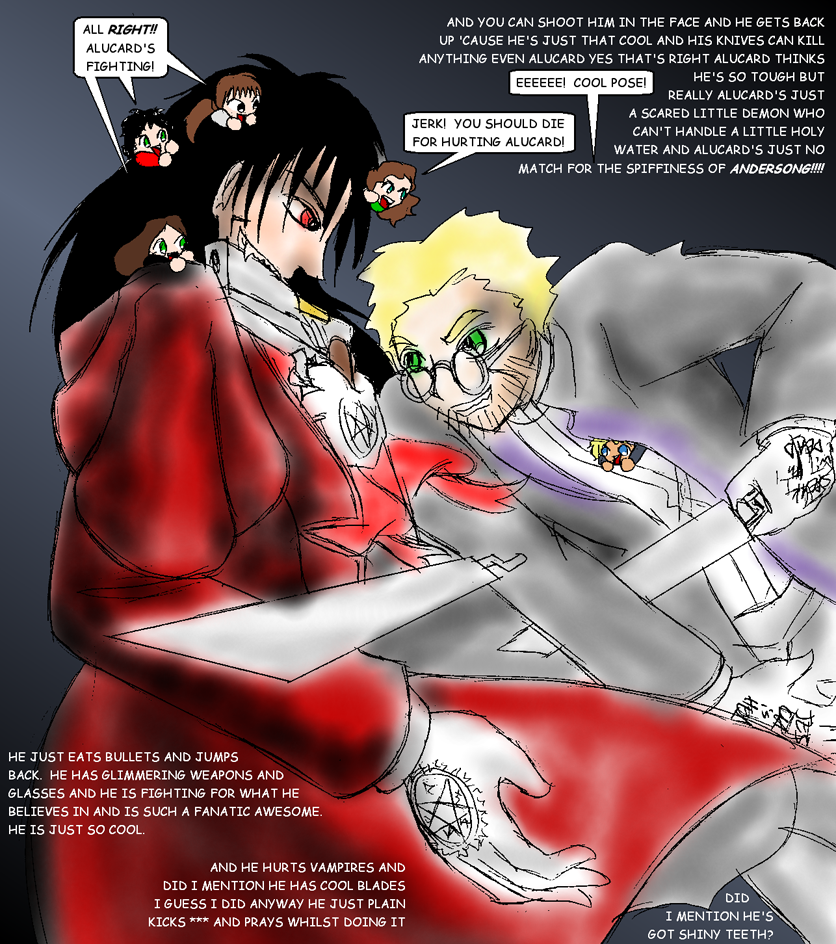 Yes, ANOTHER of these. But this much epic battle posing would never have fit in a normal comic. (And no, I don’t know where the Jackal went.)

Fan 1: and you can shoot him in the face and he gets back up cause he’s just that cool and his knives can kill anything even Alucard yes that’s right Alucard he thinks he’s so tough but really Alucard’s just a scared little demon who can’t handle a little holy water and Alucard’s just no match for the spiffyness of ANDERSONG!!!!

Fangirl: Jerk! You should die for hurting Alucard!

Fan 2: He just eats bullets and jumps back. He has glimmering weapons and glasses and he is fighting for what he is believing in and is such a fanatic awesome. He is just so cool.

Fan 3: and he hunts vampires and did I mention he has cool blades I guess I did anyway he just plain kicks ass and prays whilst doing it.

Fan 4: Did I mention he’s got shinny teeth?