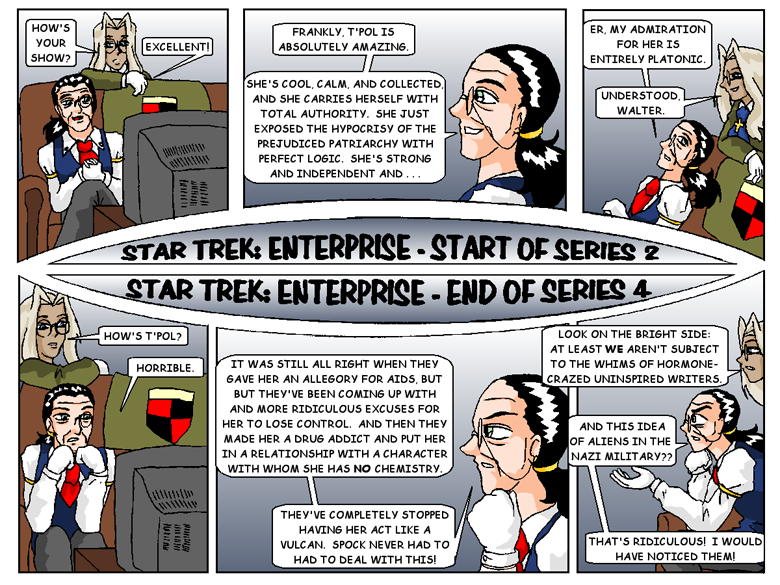 He likes Star Wars and Dune, so it isn’t a big leap to see Walter as a Trekkie as well. The gripes about T’Pol are my own.

Note from The Future: Still not over it. #TPolDeservedBetter

Walter: Excellent! Frankly, T’Pol is absolutely amazing. She’s cool, calm, and collected, and she carries herself with total authority. She just exposed the hypocrisy of the prejudiced patriarchy with perfect logic. She’s strong and independent and… er, my admiration for her is entirely platonic.

Walter: Horrible. It was still all right when they gave her an allegory for AIDS, but they’ve been coming up with more and more ridiculous excuses for her to lose control. And then they made her a drug addict and put her in a relationship with a character with whom she has no chemistry. They’ve completely stopped having her act like a Vulcan. Spock never had to deal with this!

Integra: Look on the bright side: at least we aren’t subject to the whims of hormone-crazed uninspired writers.

Walter: And this idea of aliens in the Nazi military?? That’s ridiculous! I would have noticed them!