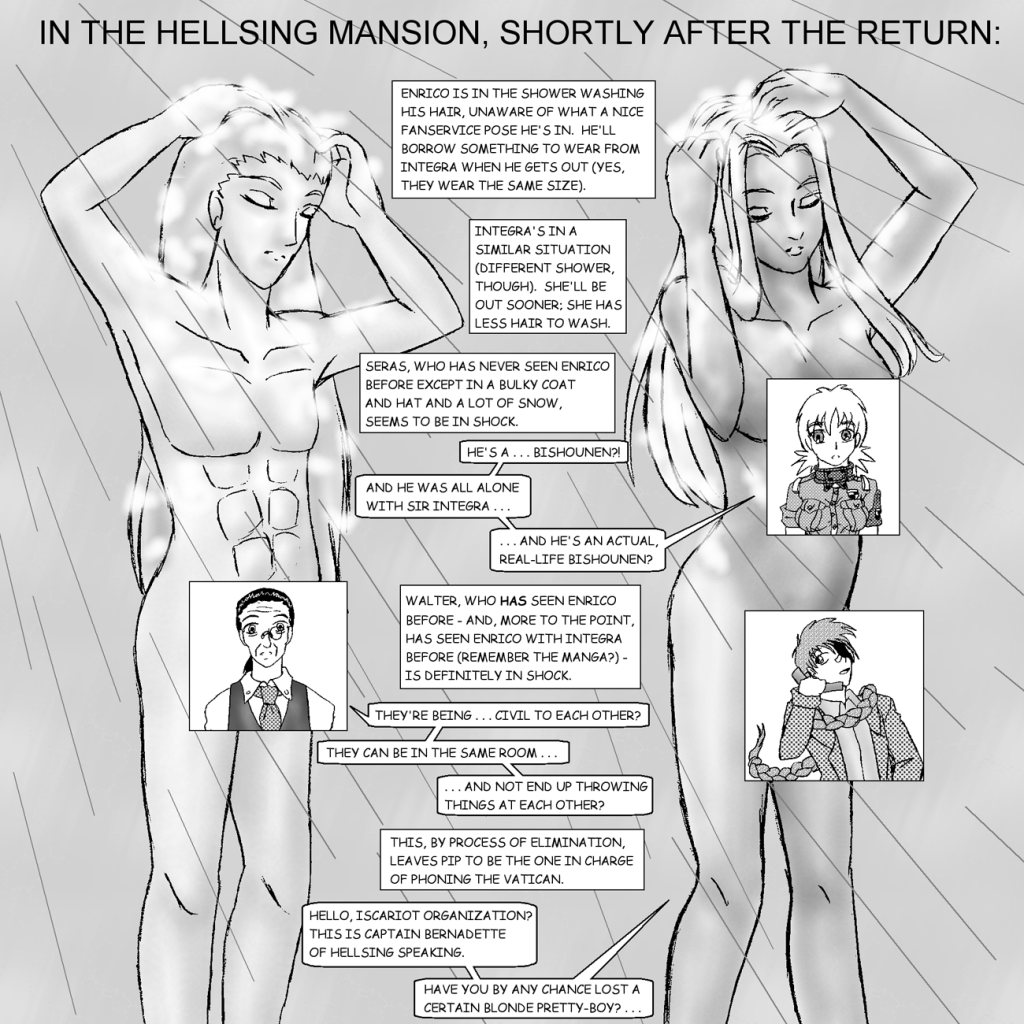 In the Hellsing Mansion, shortly after the return:

Enrico is in the shower washing his hair, unaware of what a nice fan service pose he’s in. He’ll borrow something to wear from Integra when he gets out (yes, they wear the same size).

Integra’s in a similar situation (different shower, though). She’ll be out sooner: she has less hair to wash.

Seras, who has never seen Enrico before except in a bulky coat and hat and a lot of snow, seems to be in shock.

Seras: he’s a… bishounen?! And he was all alone with Sir Integra… and he’s an actual, real-life bishounen?

Walter: They’re being… civil to each other? They can be in the same room… and not end up throwing things at each other?

This, by process of elimination, leaves Pip to be the one in charge of phoning the Vatican.

Pip: Hello, Iscariot Organization? This is Captain Bernadotte of Hellsing speaking. Have you by any chance lost a certain blonde pretty-boy?….