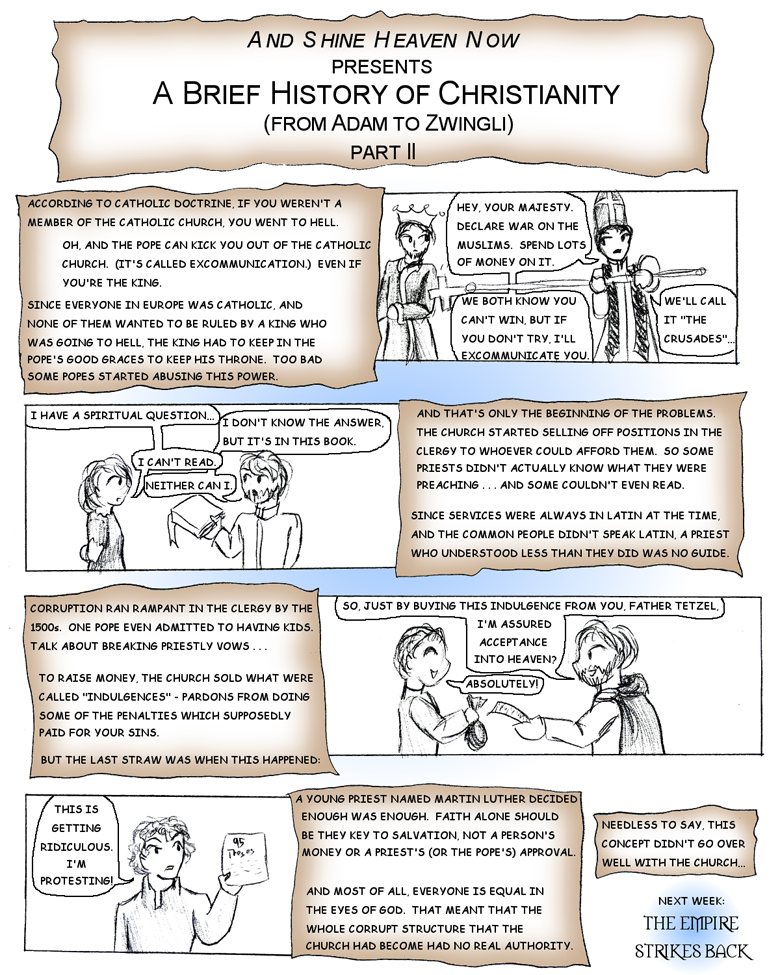 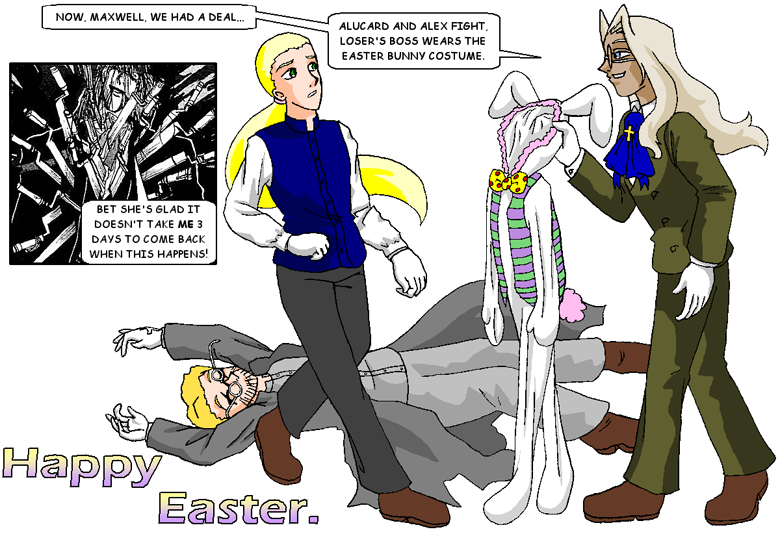 According to Catholic doctrine, if you weren’t a member of the Catholic Church, you went to hell.

Oh, and the Pope can kick you out of the Catholic Church. (It’s called excommunication.) Even if you’re the king.

Since everyone in Europe was Catholic, and none of them wanted to be ruled by a king who was going to hell, the king had to keep in the Pope’s good graces to keep his throne. Too bad some people started abusing this power.

Pope: Hey, Your Majesty. Declare war on the Muslims. Spend lots of money on it. We both know you can’t win, but if you don’t try, I’ll excommunicate you. We’ll call it “the Crusades”…

Woman: I have a spiritual question…

Man: I don’t know the answer. But it’s in this book.

Man: Neither can I.

And that’s only the beginning of the problems. The Church started selling off positions in the clergy to whoever could afford them. So some priests didn’t actually know what they were preaching…and some couldn’t even read.

Since services were always in Latin at the time, and the common people didn’t speak Latin, a priest who understood less than they did was no guide.

Corruption ran rampant in the clergy by the 1500s. One Pope even admitted to having kids. Talk about breaking priestly vows…

To raise money, the Church sold what were called “indulgences” – pardons from doing some of the penalties which supposedly paid for your sins.

But the last straw was when this happened:

Man: So, just by buying this indulgence from you, Father Tetzel, I’m assured acceptance into Heaven?

Martin Luther: This is getting ridiculous. I’m protesting.

A young priest named Martin Luther decided enough was enough. Faith alone should be the key to salvation, not a person’s money or a priest’s (or the Pope’s) approval.

And most of all, everyone in equal in the eyes of God. That meant that the whole corrupt structure that the Church had become had no real authority.

Needless to say, this concept didn’t go over so well with the Church…

Alucard: Bet she’s glad it doesn’t take me 3 days to come back when this happens!