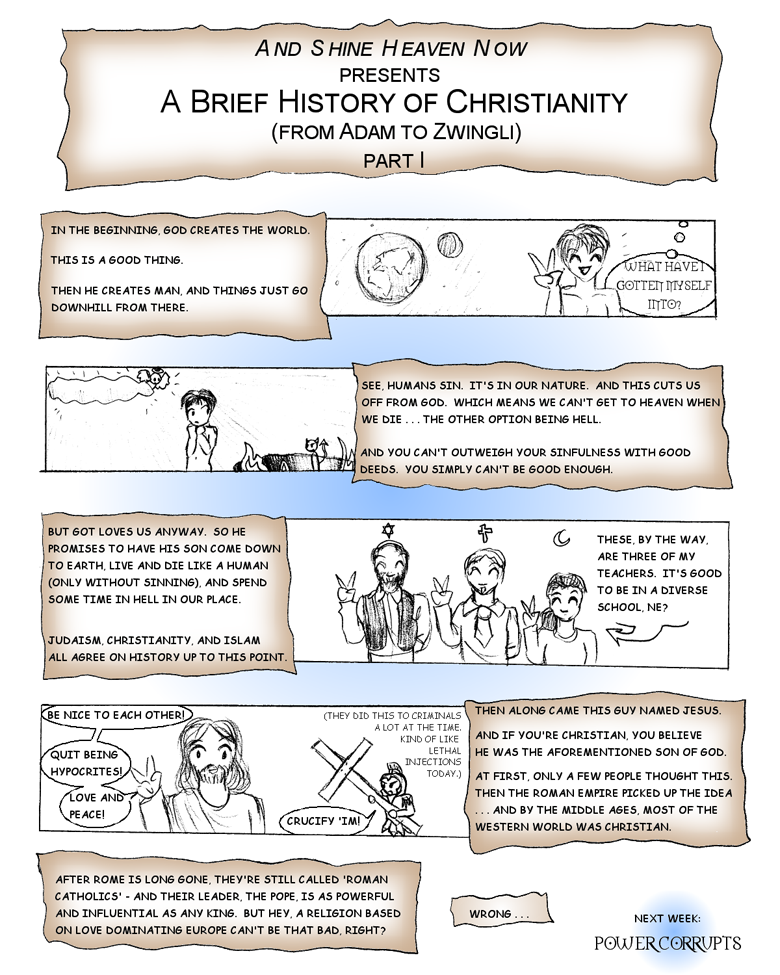 In the beginning, God creates the world.

This is a good thing.

Then he creates man, and things just go downhill from there.

God: What have I gotten Myself into?

See, humans sin. It’s in our nature. And this cuts us off from God. Which means we can’t get to Heaven when we die… the other option being Hell.

And you can’t outweigh your sinfulness with good deeds. You simply can’t be good enough.

But God loves us anyway. So he promises to have his son come down to Earth, live and die like a human (only without sinning), and spend some time in Hell in our place.

These, by the way, are three of my teachers. It’s good to be in a diverse school, ne?

Jesus: Be nice to each other! Quit being hypocrites! Love and peace!

(They did this to criminals a lot of the time. Kind of like lethal injections today.)

Then along came this guy name Jesus. And if you’re Christian, you believe he was the aforementioned Son of God.

At first, only a few people thought this. Then the Roman Empire picked up the idea…and by the Middle Ages, most of the Western World was Christian.

After Rome is long gone, they’re still called ‘Roman Catholics’ – and their leader, the Pope, is as powerful and influential as any king. But hey, a religion based on love dominating Europe can’t be that bad, right?