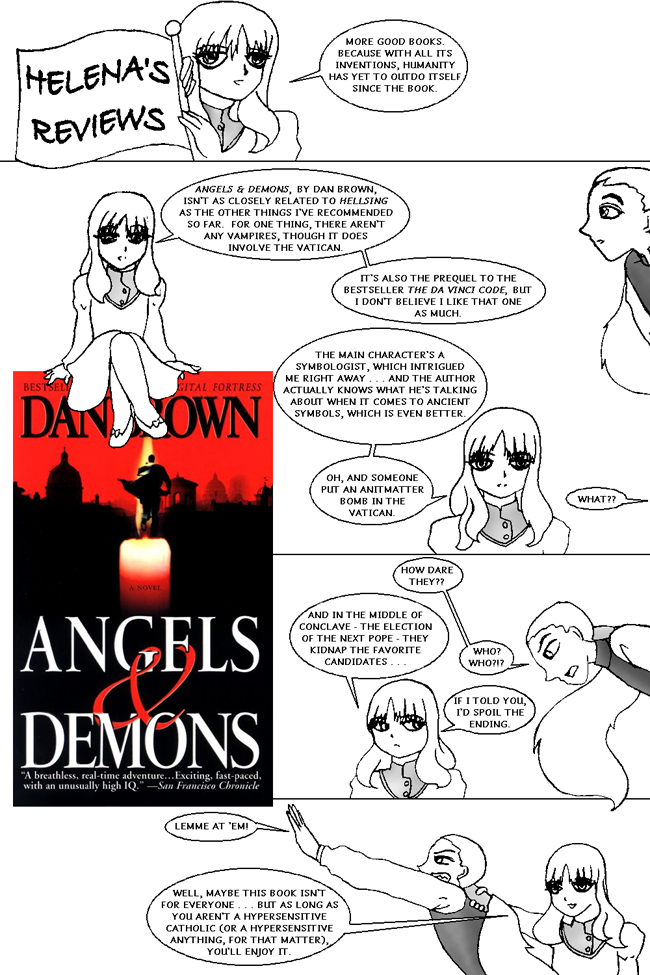 Our library has sixty copies of The Da Vinci Code. At the time I drew this, they were all checked out.

Note from The Future: I may have oversold Dan Brown’s accuracy, here.

Helena: More good books. Because with all its inventions, humanity has yet to outdo itself since the book.

Angels & Demons, by Dan Brown, isn’t as closely related to Hellsing as the other things I’ve recommended so far. For one thing, there aren’t any vampires, though it does involve the Vatican.

It’s also the prequel to the bestseller The Da Vinci Code, but I don’t believe I like that one as much.

The main character’s a symbologist, which intrigued me right away…and the author actually knows what he’s talking about when it comes to ancient symbols, which is even better.

Oh, and someone put an antimatter bomb in the Vatican.

Helena: And in the middle of Conclave — the election of the next Pope — they kidnap the favorite candidates…

Helena: If I told you, I’d spoil the ending.